Beauty is in the eye of the beholder

A question I often get asked as a cheesemonger - "do I eat the rind?"

Well, this I feel is a very personal thing, but I'd say, try it, and if you like it, eat it! Many cheeses have delicious rinds (or skins, or coats, what ever you want to call them).

A few weeks ago I got told, to my dismay that a cheese looked "really ugly". I gave a taste of the ugle cheese to he who judged the book by it's cover, and won him over - the cheese was undeniably delectable! But to me, the cheese was beautiful, the work of an artist, and in this case, beauty was more than skin deep.

So here are a few beautiful (or ugly, depending on personal preference) rinds...

﻿
﻿ Tomme de Savoie, an alpine cheese with a soft, velvet-like rind, which gives off a scent of cellar and walnuts. 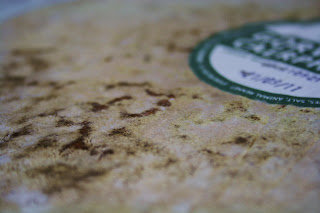 Gorwyyd Caerphilly, Todd Trethowan's Welsh Caerphilly cheese has a simular mucore rind, with with its proteolytic nature, breaks down the curd beneath to a buttery, semi-soft texture. 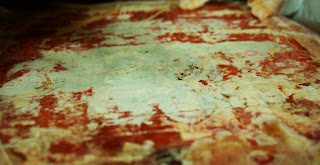 Mahon, a traditional cows' milk cheese from the island of Menorca with a rind rubbed in olive oil and paprika giving a exciting, spicy flavour. 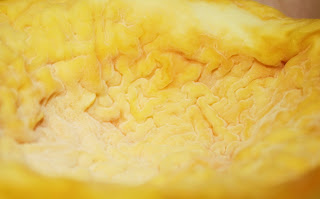 Langres, from the Langres plateau in Champagne, is washed in brine with a little annatto give a light orange colour to the rind. The bacteria (Brevibacterium Linens) which the washing of the rind encourages breaks the salty, flaky curd down to a creamy, sometimes runny consistency below the rind. A yeast (Geotrichum) gives the wrikled, "brain-like" appearance. 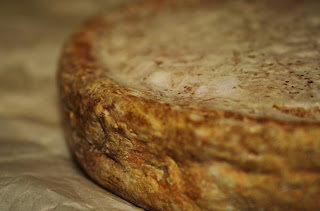 Reblochon de Savoie is dipped in whey from the previous days cheese making before being rubbed in brine during the ripening period. The rind slowly ripens the cheese to a creamy, yielding consistency with a savoury, brothy flavour to the rind. 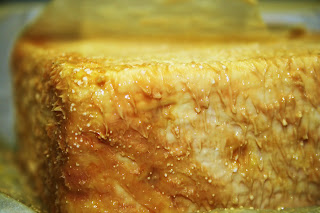 Maroilles, another washed-rind cheese, is bathed regularly in brine to give a very sticky rind and a strong, pungent aroma. Again, the bacterial growth on the rind alters the texture of the cheese below to a creamy, soft texture and a rich, fruity flavour. 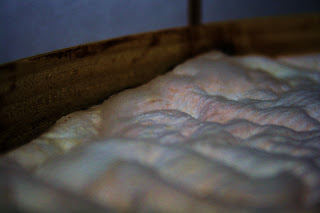 Mont d'Or, from the Jura and Haut-Doubs. The undulating rind is tender, and coats a melting paste inside the cheese - scented with the aroma of the spruce bark which surrounds the cheese. 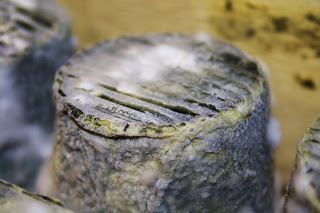 Dorstone, a goats' milk cheese from Herefordshire is coated in ash before a thin Geotrichum rind forms, followed by downy tufts of Penicillium Candidum. 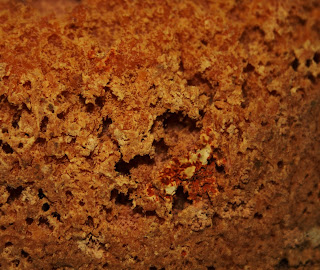 Mimolette is made in the French Flanders, and can be likened to a vieux Gouda - nutty, sweet, caramel, and fruity flavours with a brittle, chewy texture. The rind is pitted and craggy from an aging period of upto two years, during which time cheese mites burrow around the crust. 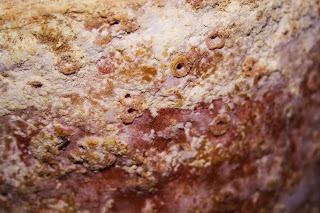 Stichelton, the raw milk blue cheese from Nottinghamshire. Here, the rind has a multitude of yeast, moulds and bacteria on the rind. Firstly yeasts - Geotrichum reduce the surface acidity to create a hosptiable environment from the bacteria - Brevibacterium Linens to grow, which is followed by the white mould Penicillium Candidum...whilst inside, blue Penicillium Roqueforti blooms when the cheese is pierced.
So a rind should always be sniffed, and not sniffed at. It ripens the cheese, it protects the cheese, and can often give you flavours, aromas and textures (the main reason for eating most things) unfound in the body of the cheese. 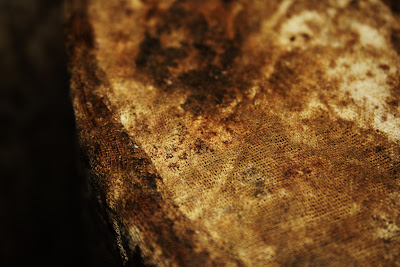 Montgomery Cheddar, bound in cloth and coated in lard.
Posted by David_Jowett at Saturday, November 05, 2011

Thanks for this! From a cheesemonger and beginning cheese maker.

Great knowledge, do anyone mind merely reference back to it is lasik vision institute good